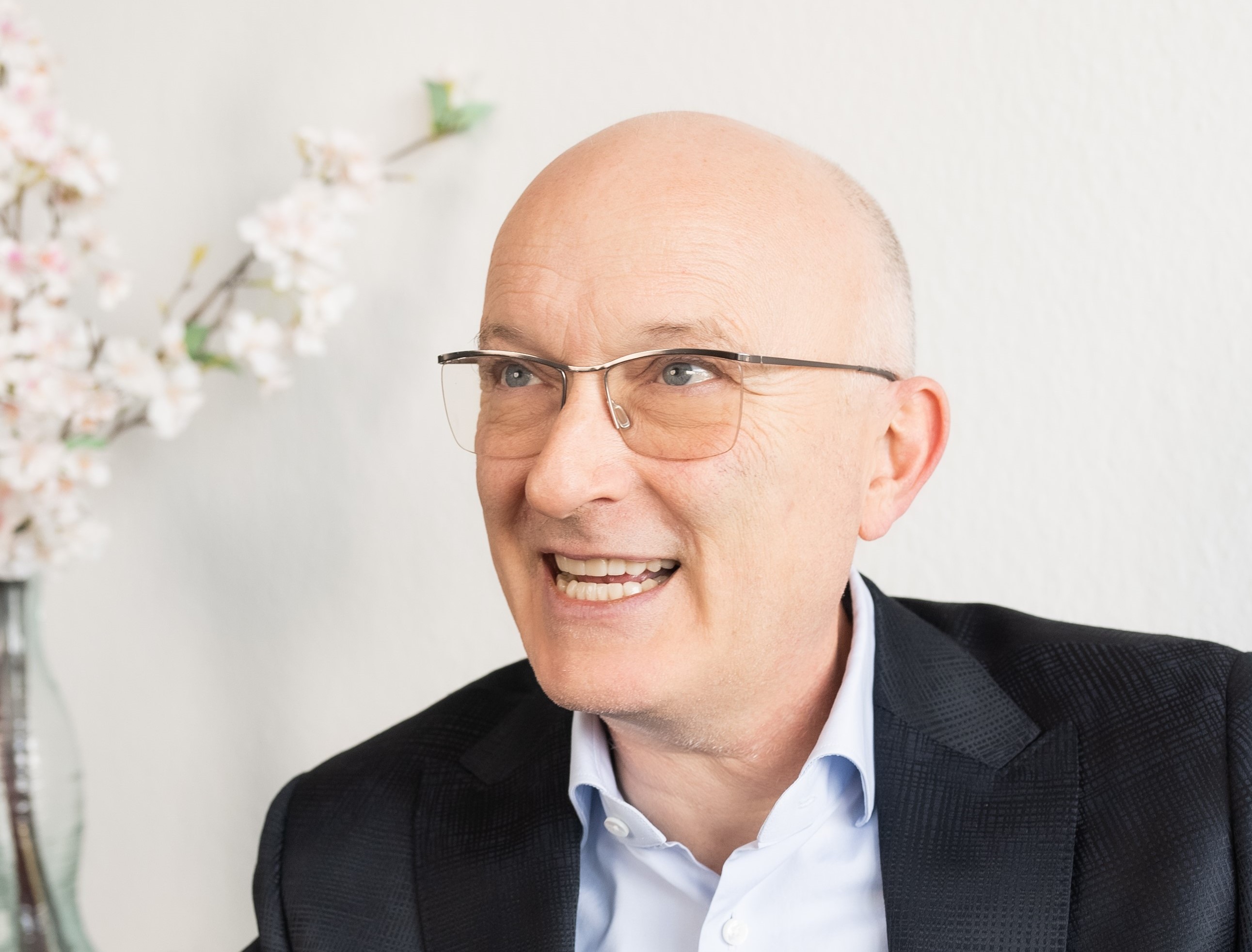 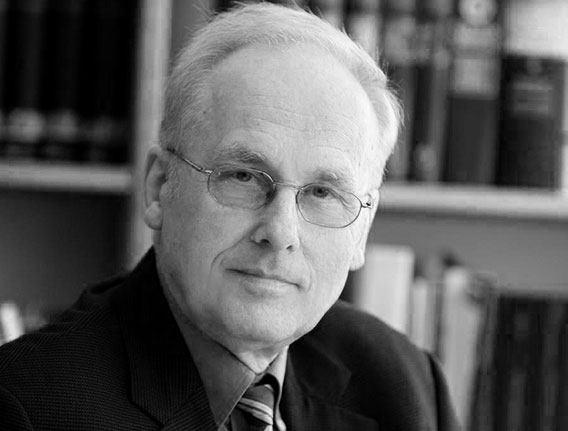 J. Hinrich Peters has for decades operated an independent research team, with the aim to investigate the mechanism of immune activation. His first pioneering achievements date back before the time of the discovery of the dendritic cell. They led to the discovery of cell cooperation in the lymphocyte stimulation, then focused more and more on the dendritic cell and culminated in the elucidation of the monocytic (myeloid) Origin of the then named according to their origin dendritic cells. These findings saw most inopportunely the light of day, were often directed against the mainstream and prevailed only by diffusion.

In 1992, the Working Group Peters discovered the keystone in the elucidation of the signals that are responsible for the differentiation of these cells. With this finding the way for therapeutic use in humans was opened, which actually at the end of the 90s began. Since then up to 1000 publications per year over the monocytic dendritic cell have appeared. 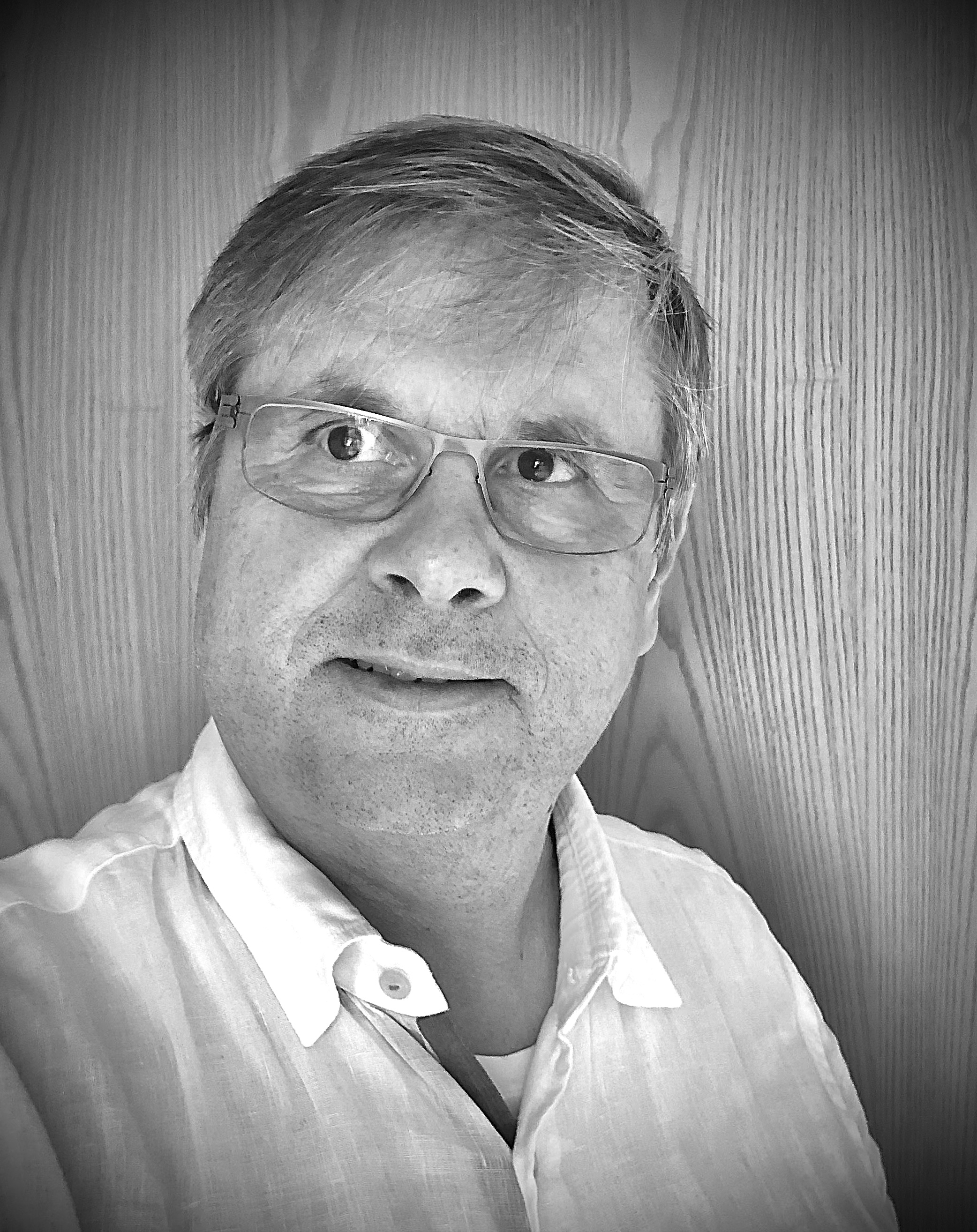 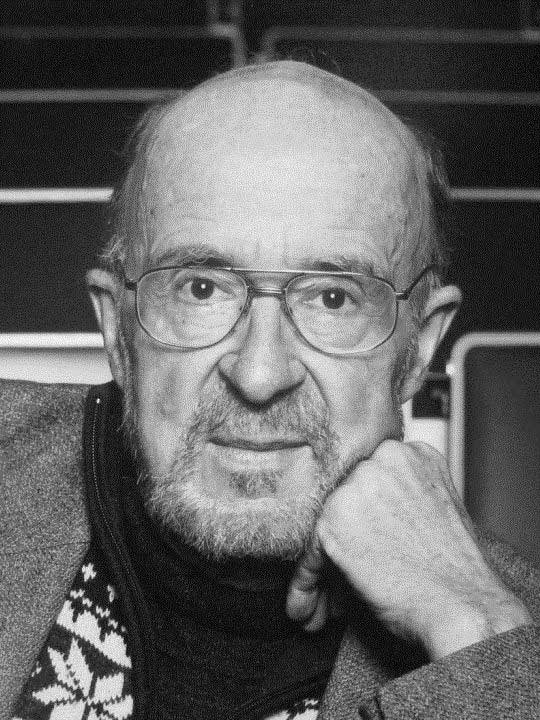 Expert in molecular medicine (author of co-author of more than 500 scientific publications)
Group Leader at the Institute for molecular medicine and cell research – UNIVERSITY of FREIBURG Breisgau (Germany)
Tumor immunology: macrophage cytotoxicity against tumors
Infection and immunity: host responses against bacteria Characterization and stimulation of human and murine B lymphocytes. 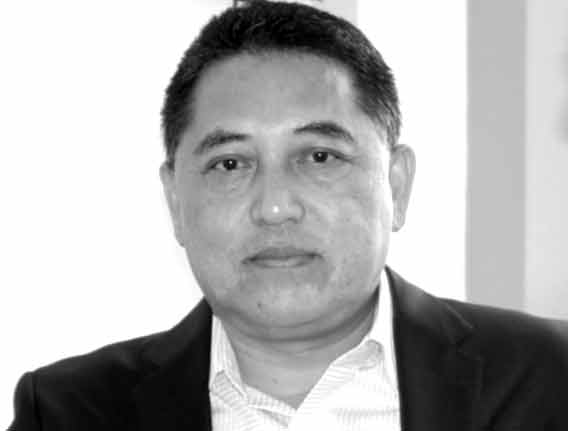 Researcher of Guangzhou Institute of Biomedicine and Health, Chinese Academy of Sciences

Class A of the Thousand Talents Plan, the Organization Department of the Central Committee of the CPC

Chief Scientist of Research on the Mechanism of Stem Cell Therapy for Major Diseases, National Science and Technology Major Project 973 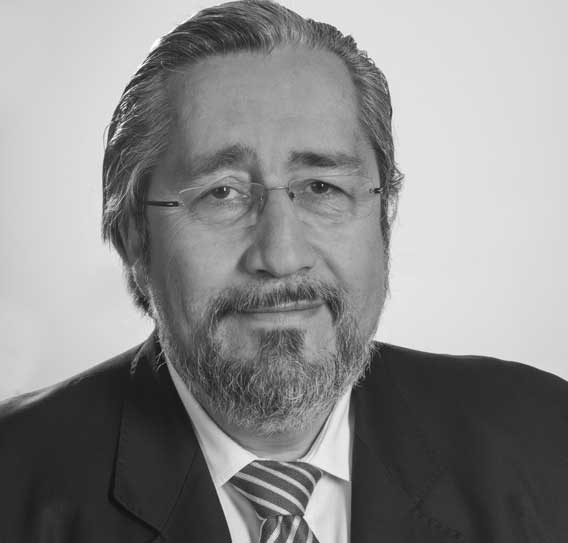 
May 86 – Sep 87: Commander of the Medical Unit, Steuben Barracks Giessen Germany
June 6. 1986: Defense of Doctoral Thesis, Dr. med., at the University of Giessen

January 26, 1996: Defense of Habilitation Thesis at the University of Munich, promotion Dr. med. Habil. and endowment of the venia legendi for dermatology

June 1996: Institution as a Senior Lecturer for Dermatology, Free State of Bavaria at the University of Munich

Oct 2002-Jul 2012: Medical Director & CEO, Majority Shareholder of the Center for Vascular Surgery and Dermatology, Ulm-Blaustein, Germany Continuing Research and teaching affiliation with the University of Ulm as Honorary Professor of Dermatology of the State of Baden-Wuerttemberg

Honorary Order of the Bavarian Red Cross in Silver 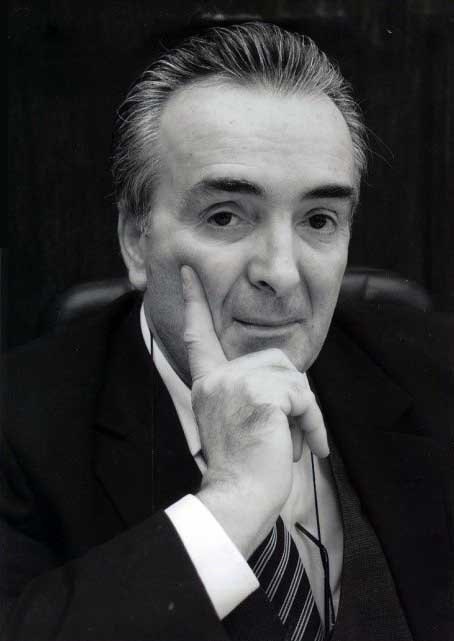 Radan Dzodic was born on November 2nd 1952, on Golija, Serbia. At Medical School of Belgrade he is a full-time professor of surgery from year 2005 and the head of the sub-specialist education in Oncology.

. He introduced Principles of surgical oncology and Clinical Oncology, as undergraduate subjects, as well helped in creating Medical Oncology specialization at Medical School of Belgrade.
Radan Dzodic set the basic principles in surgery of solid malignant tumors in Serbia and contributed to the development of surgical oncology in many ways, especially in the field of breast cancer, skin melanoma and thyroid cancer surgery. He has performed over 10 000 operations in his career.
He is the Oncology coordinator at Ministry of Health of Republic of Serbia and the General Manager of National Cancer Research Center. He has several roles in Serbian Medical Society (SMS). He is a regular member of the Academy of Medical Sciences of SMS, the President of the Cancerology Section of SMS, as well as member of Chairmanship of Surgical division of SMS. Also, he is one of the founders and president of the Serbian Society of Surgical Oncology (SSSO), which he joined in the European Society of Surgical Oncology (ESSO). Additionally, he is the president of numerous national oncology expert committees, coordinator and participant in many domestic and international projects, as well as reviewer in domestic medical journals.
In the world, he is recognized as the President of World Federation of Surgical Oncology Societies (WFSOS), as well as the Professor of Surgery at European School of Oncology (ESO). He is also a member of numerous European, Asian and international associations, like: International Association of Endocrine Surgeons, International Society of Surgeons, EORTC Melanoma Cooperative Group and EORTC Thyroid Study Group. He is at the ESSO Membership Committee, the Scientific committee of Euro-Asian Society for Head and Neck Oncology, as well as at the Advisory Board of Asian Association of Endocrine Surgeons. He is one of the founders of Balkan Union of Oncology (BUON). He is in the Editorial board of Journal of BUON, as well as two Russian journals: “Oncosurgery” and „Head and Neck“. He is Honorary member of Pirogov‘s Surgical Society. He has gold membership at the International Association SurgyTec and Ambassador title. He delivered numerous lectures by invitation all over the world, as well as demonstrated live surgery in Lucknow, India.
He is the author and co-author of many publications in Serbian, English and French language (more than 200 published papers), whose significant contribution is confirmed by numerous citations (over 1600 times) and awards. He is the author of several monographies, most important of which is ‘Breast cancer’. He wrote chapters for two domestic surgery textbooks and one domestic gynecology textbook, as well as chapters for international books on surgery and cancer.
He has improved himself in France and Japan. He enabled training for 100 oncologists from Serbia and Montenegro in best French oncology centers for which he was rewarded with medal of Academic Palm Knight in 2003 by the Government of Republic of France. For his continuous efforts and renewal of cooperation between France and Serbia, in year 2017 he was promoted to Academic Palm Officer of Republic of France. Further, he is responsible for cooperation in the field of oncology with the University of Yokohama, Japan, and St. Petersburg, Russia.
For his contributions in medicine, Serbian Medical Society presented him a Lifetime Achievement Award in 2017. By the Republic of Serbia President’s decree on February 9th 2017 he was awarded the Gold Medal for exceptional achievements in medicine and outstanding results in the health.
Radan Dzodic has significantly improved oncology in Serbia with his work and efforts, enabling close cooperation between Serbian oncologists and referent international and European oncology institutions. 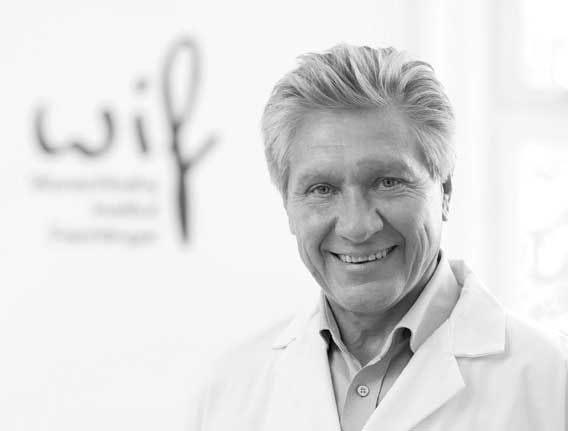 Prof. Dr. Wilfried Feichtinger is regarded as the "medical father" of the first Austrian IVF-baby born in 1982 in Vienna. Since then, about 10,000 IVF babies have been born with his help.

1957–1961 Elementary school in Vienna Leopoldstadt.
1961–1969 High school (3rd district of Vienna, Hagemüllergasse 30), graduated June 10th, 1969
1969–1975 Medical student at the Medical University of Vienna; graduated with a doctorate in Alternative Medicine on May 16th, 1975
1977–1982 Training in gynecology and obstetrics at the Second University Women’s Clinic Vienna
1979 One month studying abroad at the University Hospital Lomé/Togo (operative gynecology and obstetrics)


1975 Resident in the Internal Department of Baden Hospital, just outside Vienna
1976 Transfer to Gynecology and Obstetrics Department
1977–1982 University Assistant at the Second University Women’s Clinic in Vienna
1982–1983 Representative of the Gynecology and Obstetrics Department at the Friesach/ Carintia Hospital (temporary replacement)
1983 Establishment of the Institute for Endocrinology of Reproduction and In Vitro Fertilization, in cooperation with Dr. Peter Kemeter in Vienna-Hietzing
Since 1991, Director of Medical Affairs at the Institute for Sterility Care in Vienna-Hietzing, renamed in 2002 to the Wunschbaby Zentrum – Institute for the Desire to Have A Child

Publications:
January 1979, England - British researchers Steptoe und Edwards give speech on extra-corporeal fertilization; since then engaged in the field of “In Vitro Fertilization and Embryo Transfer” and gynecological endocrinology at the Second University Women’s Clinic

1979–1982 Head of the in vitro fertilization program at the Second University Women’s Clinic, resulting in the birth of the first Austrian “test-tube baby” in August, 1982

2005 First successful preimplantation diagnostics in the Wunschbaby Zentrum in cooperation with geneticist University Professor Dr. Markus Hengstschläger; Feichtinger developed the laser, used to extract the polar bodies of an egg to be tested for genetic defects

1988 Co-design of a postgraduate course at the College of Physicians and Surgeons, Columbia University, New York, “Transvaginal Sonography: Clinical Applications”

1990–1992 Official scientific cooperation with the Ministry of Health, Soviet Union, Scientific Research Center for the Health Protection of Mother and Child, Moscow, in line with a contract with the Austrian Federal Chancellery
Since 1991 Advisory council and co-founder of the fertility clinic “Kaali Intezet” in Budapest Since 1997 also in Szeged
Since 1999 also in Györ
Since 2003 also in Debrecen

1996 Gold Schubert Needle granted by the Schubert Society in Vienna

2005 Silver Medal awarded by Councilwoman Renate Brauner as appreciation for services around Vienna and the outstanding achievements in the Wunschbaby Zentrum.

1994 Awarded honorable membership by the Self-Help Association: Wanting to Have A Child

Since 2000, Board Director of the Austrian Society for Gynecology and Obstetrics

Over 150 international publications in top medical journals (Medline, Index Medicus) (as of 2005)